The Forgotten Guardafui : When a region complains, international bodies act !! Who do justice to them ??

The ability of individuals to complain to UN agencies for violating their rights or ignoring their areas accidentally or intentionally lends real meaning to the rights contained in human rights treaties.

Since the Puntland State House of Representatives, at its 30th session in June 2013, formally approved the  Province of GARDAFUU as the ninth province of the state, the new regions could not communicate well with international organizations, and with the passage of time the communication was completely cut off.

As the burden increases and the response remains almost nonexistent, there is a real urgency to address the needs of these regions and communities.  Keeping in mind the impact of the COVID-19 virus outbreak on the population that made matters worse.

The immediacy of this response is required both to support local communities that are overburdened and in desperate need of support, but also to reduce the future drivers of criminal activities such as piracy & the spread of armed militias  that are once again resurfacing.

Within the mechanisms already available, the response requires better coordination of activities — on the international and local levels — that both empowers local actors and ensure that the international community's support for development activities reaches directly and without interfering with officials taking advantage of the rugged illegal roads.

In the past four years, and in light of the floods and storms that the region has gone through, there is no doubt that international organizations have allocated urgent humanitarian and development programs, but none of these programs and projects has reached the region and The reason, according to regional officials, is that these areas are not included in the areas targeted for United Nations projects for unknown reasons

Officials and civilians in these remote areas want to ask the UN organizations a question that has been intriguing them for a period of time:
Is it really true that their areas are not among the areas covered by the UN agencies in their programs?
Corruption is a serious obstacle to the rule of law and sustainable development. Where are the policies of international organizations to combat this matter?
Where are the Global Working Group on the United Nations Convention against Corruption?
The notables of the region say in strong Note:

We do not blame the Aid NGOs, but we blame the local government, they never come to see what is happening and they appoint uneducated people to run these projects in a manner that appears deliberately for not disclosing what is happening to anyone and there are no representatives for donors as well.

in a few words,The communities in this region ask international organizations, about the projects that were lost, how they were lost and how they can be recovered, and about an accurate accountability mechanism.
The province of Guardafui is among the regions with the largest area, and yet there is no public hospitals, no health centers that meet the demand, no police stations, no prisons, no women's centers, and no education support
In conclusion, our explicit request is not to file a complaint as much as it is to search for the truth, and why international bodies ignore a region with a large size and population 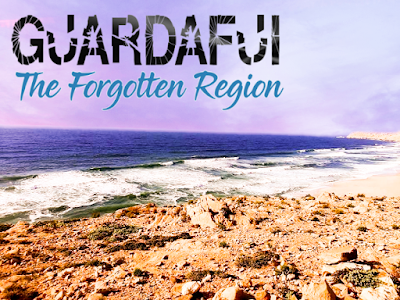